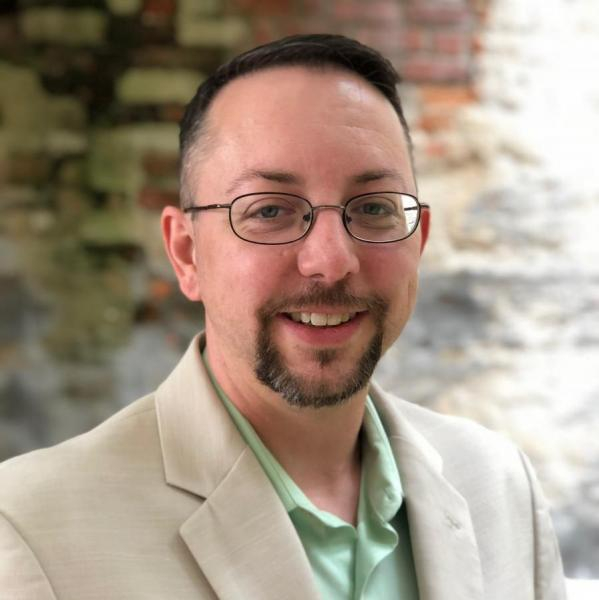 Chad joined Cube Creative in June of 2012 and has been our designer and web developer. He currently serves as our Business Development Manager for the Wilkesboro office and assists in development and design as needed.

He will help you survey your business needs, ensure you are educated on your options before suggesting any solution.

Chad is committed to ensuring that he stays up to date on the latest industry trends. He aims to build relationships with his clients and respond quickly to communication.

During his teens, he worked with the family logging business during summers and on Saturdays. The work ethic his grandfather and father showed him during this critical time in his life has stuck with him. He often refers back to the lessons learned during those times when working with clients.

On the logging crew, his job was to run the knuckle boom/loader. It was typically the safest job of the operation but also required the most care. If he didn't evaluate the entire log before making the first cut, he would have had too much waste and ultimately left money to rot away. He attempts to use the same mentality when working with our clients. He can help you survey your business needs and ensure you are educated on what your options may be before suggesting a solution.

In Graduate School, he worked at The Appalachian, where he was in charge of updating the website bi-weekly with the print edition's content.

After college Chad began his career at Wilkes Community College, where he was instrumental in developing the Advertising and Graphic Design program, teaching in the program. At the same time, he also maintained duties in the marketing department. In 2009, Chad made the move to the Marketing Department full time where he was in charge of social media marketing, web marketing, print design and web designs of MerleFest® and the Walker Center.

In June of 2012, he joined Cube Creative Design and has served in numerous roles, including as a senior graphic designer, lead developer, and his current role as a business development manager.

On January 13th of 2008, he met his would-be wife, Amber, at a Starbucks in Statesville, NC. The pseudo blind date was the culmination of divine intervention, Amber's ability to always remember a face, and the internet. Flash forward nine months, they got engaged and married just shy of dating a year. In 2012 he and Amber welcomed their child, Raylan Jack, into the world. Raylan is named after Amber's grandfather, Ray, and his grandfather's nickname, Jack.

In 2014 he joined Liberty Lodge #45 in Wilkesboro, NC, and was raised to Master Mason that same year.